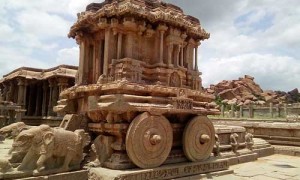 Jaipur is very popular as the ¨Pink City¨ and the Capital city of Rajasthan. This place has a unique dominating color scheme of the buildings. That is of pink color, hence it is famous as the “Pink City” of India. Jaipur was founded by the Rajput ruler of Amer, named ¨Jai Singh 2¨.

The city derives its name from this Rajput ruler. The City had designed by Vidyadhar Bhattacharya, which makes this royal place one of the earliest designed cities of India. Along with Agra and Delhi, Jaipur forms the “Golden Triangle Tourist Circuit”.

It also serves a tourist getaway for Rajasthan tourism. The places included Jodhpur, Jaisalmer, Kota, and Mount Abu. The Amber Fort and the Jantar Mantar of Jaipur have included in the UNESCO World Heritage Sites.

Sightseeing at Jaipur or places to visit in Jaipur

This place has a number of places where the tourists and visitors love to visit and explore. Some famous JAIPUR TOURIST PLACES includes:

Amber Fort, which is commonly popular as Amer Fort, is one of the most famous places which the tourists love to visit in Jaipur. The proper location of this place is almost 11 Km away from the main City. The fort had built in a very artistic way. It is actually on the top of a small hill and the reflection of the fort can see on the Maotha Lake.

The Hawa Mahal is another famous tourist attraction of the Jaipur city. That was built in 1799 by Maharaja SawaiPratap Singh. It is located almost in the center of the city and called the signature building of this amazing city. The Hawa Mahal has a unique structure with a lot of small windows. It experiences a lot of air and is a soothing place to visit during Summers.

Another splendid attraction is JantarMantar of Jaipur one of the Largest Stone Astronomical Observatory in the universe indeed. It is famous among the sightseeing places of Jaipur. It is said to be constructed between 1727 and 1733. Even today, the Jaipur JantarMantar received a huge number of Visitors. It’s very old but is still in running condition and very famous too. It is around 4 Km away from Jaipur City Centre, located near the City Palace.

The City Palace of Jaipur is another famous sightseeing place. It was built by the founder of Jaipur City. The name of the Maharaja is Maharaja Sawai Jai Singh 2. The architecture of the City Palace of this city is a combination of the architectures of Mughals as well as Rajputs. The Palace is still the home of the Last Ruling family who lives in the private section of the Palace.

All these places, including many yes others, must include in the JAIPUR TOUR PACKAGE indeed without any doubt.
Rajasthan has a very hot and humid climate hence it is advised to visit Jaipur during winters. The winter months in this location ranges from November to March. Summers are extremely hot in this place hence the sightseeing during this time won’t be a wonderful experience. If we talk about Rainy season, then it’s quite humid and hot which is not at all satisfying for the visitor.

Jaipur Literature Festival, which has normally organized in the month of January is very famous among the Booklovers. It’s a grand festival. A Lot of bookworms visit this place Lit Fest during this event from different parts of India.

Top 4 Places to Visit in Jaipur 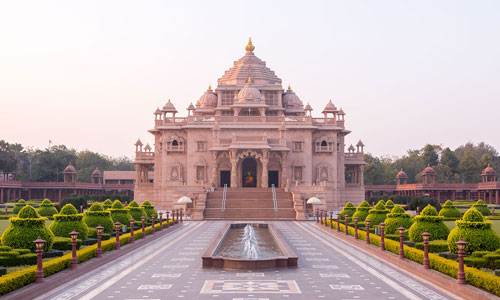 Akshardham temple of Jaipur is located near Vaishali Nagar, Chitrakoot, Jaipur. This... 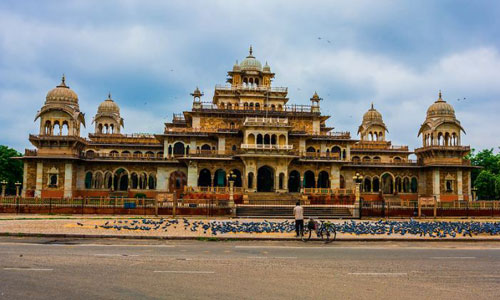 Albert Hall Museum is an old prestigious museum which is located in the Ram Niwas... 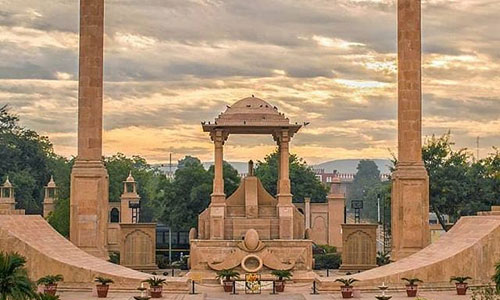 Amar Jawan Jyoti is located at the Jan path near Jaipur Nagar Nigam, Lalkothi at... 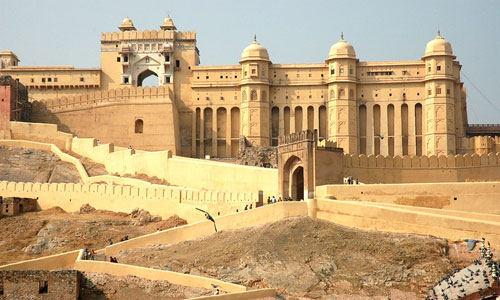 Amer fort of Jaipur is the best place to visit in Jaipur city of Rajasthan. It is one...